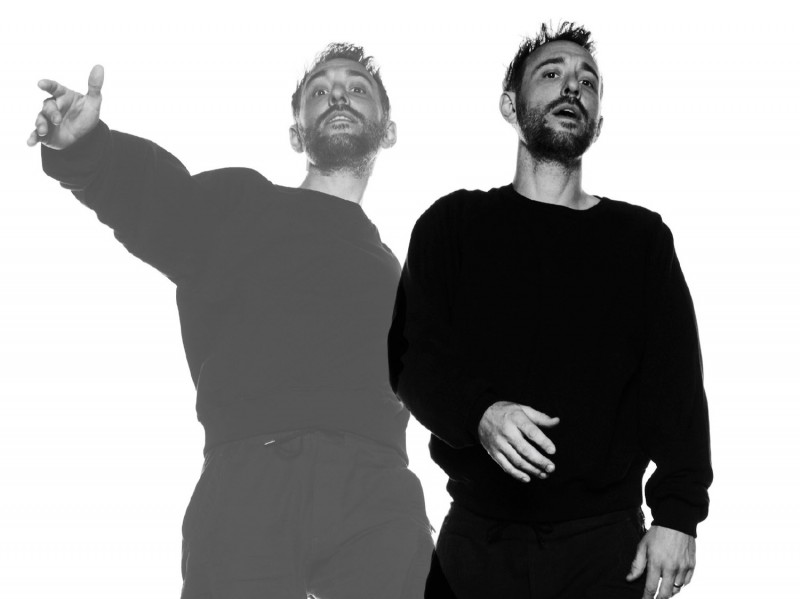 https://charliewinston.com/
As I Am, Charlie Winston's 5th album, the first for the Tôt ou Tard label, was conceived at a particular moment: behind the closed doors of lockdown, and under the permanent injunction of social distancing and observance of preventative measures. A happy paradox, as the English singer appears here with no mask and had never really been one for self-exposure. “The album title, As I Am, has the value of a mantra. It's a way of reminding myself of who I am now and that letting go doesn’t mean giving up" says the man who caused a sensation in 2009 with the hit Like A Hobo, revealing a strong folk and rock musical identity, as well as a character drawn to vagrancy, entirely oriented towards a quest for the self and the need for others. At the time, a fast track to success opened before him, unfortunately quickly blocked by serious health concerns that were so bad as to lead him in 2015 to consider ending his career. Three years later, however, Square 1 was released, a sign of recovery and a new beginning. “If  Square 1 was the conception phase, As I Am is the birth phase. There is continuity between them. This one continues in a similar vein: exploring who I am, questioning some of my certainties. I needed that to feel free." The recording of Square 1 was distinguished by the presence of guests as prestigious as kora player Toumani Diabaté, and tabla player Aresh Durvash. As I Am will be equally groundbreaking with its association – as unexpected as it is fruitful – with Vianney. Their duet, Shifting Paradigms, crowns the collaboration, and alone sums up the album's spirit. “The common thread is about letting go, accepting your own limits. Being a multi-instrumentalist, having recorded 7 albums and being successful, in the long run you get an idea of yourself that needs to be corrected. Hence the need to let go. Although he is 10 years younger than me, Vianney understood this issue. There was nothing between us that needed to be protected. The working relationship was extremely natural and rich."


The songs of As I Am emerge from that beautiful collaboration, recorded together in Vianney’s Parisian home studio with a hand from some reinforcements. “I play most of the instruments, but Vianney also does a lot of guitar. While I’m a rhythm guitarist, he is more "lyrical". The only outside contributions are Ibrahim Maalouf's trumpet and the orchestral parts recorded in Rome by an ensemble of 50 musicians." Among the album’s  most representative songs we find Exile, where Charlie settles the internal debate that has agitated him for a long time about being an English artist popular in Europe and largely unknown in his own country. “In this song I confess that I am no longer really a British subject, that I have become ‘Frenglish’. A feeling that Brexit has reinforced. My wife is French, I live in France, and my audience is mainly based in Europe. I was frustrated for a long time not to be recognized in Great Britain. But that is now one of the elements of acceptance that this album is so marked by." In another key moment in this repertoire, Unconscious – the most epic of the tracks – Charlie evokes the way in which he overcame severe back pain thanks to a method that consists of going back to the emotional origins of it, in order to better free himself from it. “It’s a very personal song that reflects what was for me a real miracle, an authentic rebirth.” If introspection occupies an important place in his texts, those of As I Am are distinguished by their aspiration to move beyond that excess of interiority, and to lay down the mental charge as one lays down arms to better embrace life in all its fullness. This is particularly the case of Don't Worry About Me, written with Ibrahim Maalouf, where he cheerfully casts aside a tendency towards self-pity. This blissful state is also found in Letter From My Future Self, where the man he will be in 2063 writes a letter to the one he is today. “I wrote the song thinking about what I could say today, when I'm over 40, to the person I was twenty years ago. And it would be to be more relaxed, less anxious, not to wallow unnecessarily in shadowy areas.”


From this gray area, however, come Echo and Limbo, where Charlie tries to escape doubt, tries to forget his defeats, to throw his vanities and passing conquests to the winds, to rediscover an imperfect but full life. But where does the vulnerability that runs through the lyrics of his most poignant songs come from? “I grew up in the hotel my parents ran in Suffolk. There was a coffee shop, a bar, a restaurant, a concert hall, and a ballroom for receptions. It was like a hub. People came from London, actors, celebrities… In the end, all of this harmed our family life, and limited our opportunities to meet around a table for dinner or for family holidays. My parents were always busy, always in a state of extreme stress. It was quite chaotic. Given that unintentionional lack of attention, we found our own answers, we took refuge in artistic practices,” says Charlie, whose brother Tom Baxter and sister Vashti Anna also lead musical careers. “I was the on-duty clown, always happy, always goofing off. But happy didn't mean I wasn't emotionally hurt and wasn't going to have to pay the price. Which was in the end my severe health problems."


According to Winston, behind any artistic vocation lies a form of therapy. As I Am is clearly the culmination of a long path of healing that has immobilized most of his existence, the victorious crossing of an arrival line. “I am what I call a ‘Covid winner’. I took advantage of this special period, a negative one for many people, to improve my relationship with myself and with others." From this new momentum he notably draws Algorithm, adding to this post-modern love story a pinch of irony and melancholy that make it both hilarious and sad. “This song sits on a ridge line between pleasure and loneliness. Today we interact more with our cell phones than with most human people, which contributes to plunging us into a huge hole of loneliness. What Algorithm expresses is that this immoderate use of new communication tools induces a distorted mechanism in our love relationships." A misunderstanding that he intends to rectify with I'll Never Hold You Back or Open My Eyes, two moments of gratitude and grace where he finally seems to find the peace of mind that escaped him. Where his music – the fruit of a patient and captivating distillation of folk and pop, enriched here by the solemnity of a piano, there by the funky touch of a guitar – becomes mischievous, solar or poignant. In a word, universal.