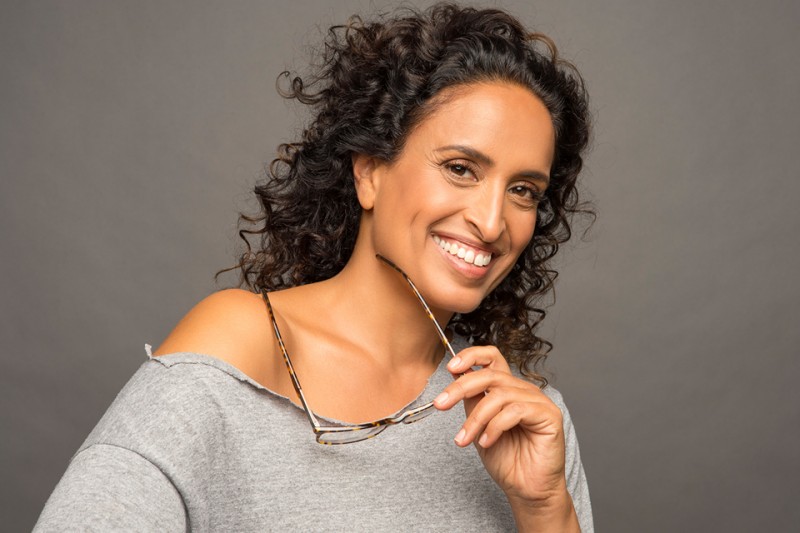 Noa, Israeli Born, NY raised singer/songwriter of Yemenite origins, is an internationally renowned artist, who has performed on the world’s most prestigious stages, including numerous performances in the Vatican for three Popes, the White House, Carnegie Hall, Lincoln Center, and the most important theaters of Europe. She has been produced and endorsed by Pat Metheny and Quincy Jones and shared the stage with Stevie Wonder, Sting, Andrea Bocelli and many others. She is Commander of the order of Merit of the Italian Republic, Good Will Ambassador to the UN, Global Leader of Tomorrow and has received endless awards for her artistry and commitment to peace between Israelis and Palestinians.

Noa’s new musical project is entitled “Letters to Bach,” executively produced by Quincy Jones.
It is comprised of 12 pieces of instrumental music written by Johann Sebastian Bach for which Noa has written English and Hebrew lyrics, inspired by subjects as diverse as technology and religion, global warming and feminism, euthanasia, the Palestinian-Israeli conflict, and relationships in the age of social media.  The arrangements for guitar were done by Noa’s long-standing musical collaborator Gil Dor, guitarist, composer, arranger and educator. The duo’s performances are surprising and brilliant, with Noa’s voice both soaring majestically and skipping playfully between the notes, intertwining perfectly with Gil’s guitar, illuminating Bach’s brilliant polyphony.

Noa and Gil bring to the stage a selection of their diverse and inspiring original repertoire, in English, Hebrew and Yemenite, accented by Noa’s exciting percussion playing. The project “Letters to Bach” is highlighted in the heart of the concert.
In this concert, Noa and Gil strive to break the binding walls of language, religion, genre, generation, and stigma to build a bridge of musical excellence, respect and joy, a place of curiosity, courage and hope….all under the auspices of the great super-connector, Johann Sebastian Bach.